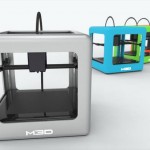 Okay, I know that this headline promises a cheap 3D printer, and the Micro M3D is one. The problem is, you can't buy it for it's original $199 price right now. You see, the M3D was put on Kickstarter and made its $50,000 goal in less than 15 minutes. I don't know if that is a Kickstarter record, but that is really frickin' fast. I guess people liked the idea of $199 … END_OF_DOCUMENT_TOKEN_TO_BE_REPLACED 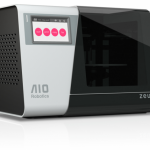 I think we all know that the age of 3-D printing is coming, but we all know that 3-D printing means nothing without some 3-D inspiration. I was thinking that we need some 3-D downloadable programs. That, or you could get yourself a 3D scanner. I don't really know if there is any companies that make 3D scanners, but there is a combination 3-D printer and scanner known as … END_OF_DOCUMENT_TOKEN_TO_BE_REPLACED

I really think that we are in for an era of 3D printers. I really think that brick-and-mortar stores, as well as online stores, are going to face a decrease in profits after every household has a 3D printer. Think about it. Just imagine an era where you don't need to go to a hardware store to get a screw, but you can print off the part from the Internet. And, if you … END_OF_DOCUMENT_TOKEN_TO_BE_REPLACED