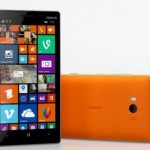 Not only was yesterday a big day for Amazon, there was also a big announcement by both Microsoft and Nokia. Most of it is due to the Windows Phone 8.1, not to mention three new smartphones. Windows 8.1 will be available to all current Windows Phone 8 customers with an update called Lumia Cyan. It features one easy swipe notifications with Live Tiles. It also has faster … END_OF_DOCUMENT_TOKEN_TO_BE_REPLACED 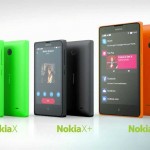 Well, I think we expected Samsung to announce the Galaxy S5 at Mobile World Congress (MWC) 2014, but Nokia pulled something a little out of left field with their announcement of the X, X+, and XL, which are Android, not Windows phones. The X plans to have a 4-inch screen, 512MB of RAM, 4GB of storage via microSD slot, and 3 Megapixel camera. The X + has about the same … END_OF_DOCUMENT_TOKEN_TO_BE_REPLACED 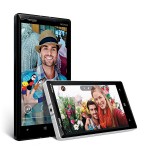 It's been a while since I wrote about a Nokia phone. The company announced their Lumia Icon, and it is made for speed, images, and video. Yes, it is another Microsoft Windows phone, and this one has a 5 inch screen with 1080p HD display. It also has a viewing angle of about 180 degrees, as well as Optical Image Stabilization (OIS). Before I get into the features, let's … END_OF_DOCUMENT_TOKEN_TO_BE_REPLACED 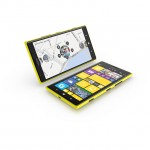 Not only has Nokia tried to outwit Apple with new products with their 2520 tablet, but they also have two new phablets, the 1320 and 1520. These both have 6-inch screens, which is enough to make all the tiles for their Windows operating system fill up well. The 1520 has a 20 Megapixel lens and a dual LED flash, and is capable of 1080p video at 30fps. It also has that 2.2 … END_OF_DOCUMENT_TOKEN_TO_BE_REPLACED 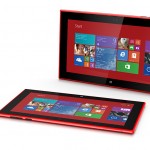 In case you thought that the iPad Air was the biggest announcement for tablets yesterday, that is only the half of it. Nokia actually unveiled a lot of interesting things just before the big Apple announcement, but they have been eclipsed by the big Apple. Nokia's 2520 tablet is definitely something to give both iPad and Surface users an alternative with its 10 inch … END_OF_DOCUMENT_TOKEN_TO_BE_REPLACED

One of the problems with smartwatches is the screen is so very small. What if there was a way to make the screen bigger? Well, you don't want to just put a tablet on your wrist, but many small screens that surround your wrist! This is Nokia's Facet, and you can watch the video to see six screens. They are all tied together with some weird elastic band that allows them to … END_OF_DOCUMENT_TOKEN_TO_BE_REPLACED 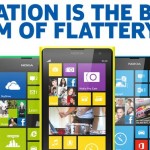 So, iPhones like the 5C are coming out in all kinds of colors, but Nokia is kind of already doing this. So, is the ad campaign right? Microsoft, the new owner of Nokia, has tweeted something cool with their own "5S" which they say stands for "screen sizes, speed, and stunning snapshots". Oh, satire works no matter what operating system that you have. Apple, when … END_OF_DOCUMENT_TOKEN_TO_BE_REPLACED 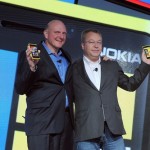 I wouldn't say that I saw this coming, because I didn't. Part of me should have seen it coming as Nokia is a big supporter of the Windows 8 phone. I believe that the price was 7 billion dollars. I am not certain what impact this will have on the cellular phone industry, as the Windows phone is still only the number 3 operating system on the mobile phone industry. Remember … END_OF_DOCUMENT_TOKEN_TO_BE_REPLACED 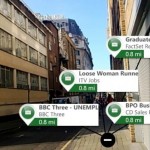 As someone who has had to "pound the pavement" a few times in my life, I can tell you that I wish the job market was a little more structured. Considering that getting a job is the most important thing in our lives, you would think we would have some system in place that would insure that we are all employed. Of course, I love all things augmented reality based, so you … END_OF_DOCUMENT_TOKEN_TO_BE_REPLACED 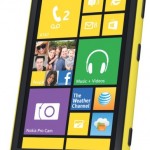 Of course, I need to report on the biggest tech news for the day, and today it came from everyone's favorite Finnish company, Nokia. Yes, the Lumia 1020 is a pretty big deal, and they had a special event in New York to announce it. The biggest feature is that it can shoot pictures in 41 Megapixels. Yeah, what is with Windows 8 phones having really super advanced cameras? … END_OF_DOCUMENT_TOKEN_TO_BE_REPLACED 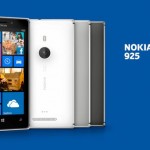 I probably should have brought this up yesterday, but Nokia announced the Lumia 925 smartphone. This phone is apparently a "new interpretation" of the Nokia Lumia 920. Part of the charm of the 925 is that it has a metal design. I'm not certain if that will create some more subscribers, but hey, let's get out of the age of plastic. The Lumia 925 also has this as a … END_OF_DOCUMENT_TOKEN_TO_BE_REPLACED

I have been wanting to try out Nokia's Lumia 920 for a while, as I have been wanting to try out a Windows 8 phone. I suppose that I like all those Windows 8 ads with Gwen Stefani and Jessica Alba, and want to see how well it can work for me. Let me talk about the phone first. It has a 4.5 inch screen, and on the inside it has a Snapdragon S4 processor with dual-core 1.5 … END_OF_DOCUMENT_TOKEN_TO_BE_REPLACED