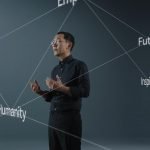 I wasn't certain what to expect with LG's press conference at CES 2021, but I am really starting to expect a montage at the beginning, with a blanket statement about how our lives have changed in 2020. The idea of "Life is ON" is based on how much we have spent 2020 on something technological like our phone or other device due to conference calling and such, and making oneself … END_OF_DOCUMENT_TOKEN_TO_BE_REPLACED 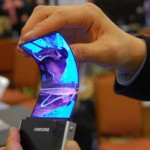 Okay, every once in a while, I see some kind of new device that I think is going to change the world. I think LG has already seen it. We have been living in a world where the smartphone has been just a touchscreen with very few buttons. We obviously have Apple to thank for that, but what is the next step? After all, it is very clear that those old flip phones from a … END_OF_DOCUMENT_TOKEN_TO_BE_REPLACED 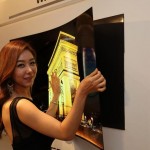 I have seen constant companies attempt to make nearly paperthin screens. After all, who wouldn't want to roll up their phone or television like a poster? Yes, I like the prospect of having a skinny screen, and LG has done it. At a press event in Korea, LG showed off a 55-inch OLED (organic light-emitting diode) display that weighs 1.9 kilograms and less than a millimeter … END_OF_DOCUMENT_TOKEN_TO_BE_REPLACED

Well, this is one time where words fail me, which is why I often just put a video here and just let the readers love it. This is exactly what you thinking it is: a bendable screen. This footage comes to us from LG, and it is an 18-inch OLED display. It has a resolution of 1200 x 910, and someone can just roll it up. Is this the way of televisions? Considering those … END_OF_DOCUMENT_TOKEN_TO_BE_REPLACED 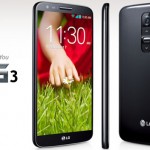 LG has been up to awesome tricks for a while with smartphones like the G2, and now they have announced the G3. The G3 has a slogan of "simple is the new smart", which is a good way of saying that anyone can use this phone. The display of the G3 includes a 5.5 inch Quad HD display with four times the resolution of HD and twice as high resolution of Full HD display. It has … END_OF_DOCUMENT_TOKEN_TO_BE_REPLACED 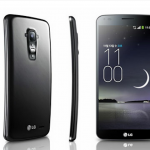 Some of you might be questioning that headline, and yeah, I will admit that it is quite skeptical in its coverage. Did LG announce the Flex or not? The truth is that LG's press release briefly appeared online, and then, bam, it was gone. I have received an email about it, so I will simply assume that it is okay to report on it. So in case, you haven't heard, LG has … END_OF_DOCUMENT_TOKEN_TO_BE_REPLACED 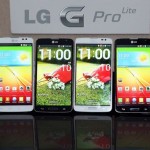 I believe that I talked about the G Pro before, especially with the VuTalk feature. Now, the LG G Pro Lite has just been announced, and I am not certain how missed this one. The LG G Pro Lite has a 5.5 inch screen with 960 x 540 resolution. It has a processor of MT6577 1.0 GHz Dual Core, and a memory of 1GB RAM, 8GB ROM, and the microSD. The camera is a 1.3 Megapixel on … END_OF_DOCUMENT_TOKEN_TO_BE_REPLACED 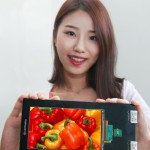 Okay, now that you read the headline, but what does it mean? Well, if you have tried to do something that you normally do on your computer from a smartphone, this is important. This first Quad HD AH-IPS LCD panel is 2560 x 1440 at 538 ppi, and measures at 5.5 inch Quad HD panel. This is the highest resolution and ppi (pixel per inch) mobile panel to date, which means you … END_OF_DOCUMENT_TOKEN_TO_BE_REPLACED 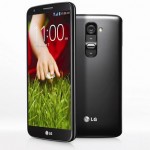 The other day I covered a story about the G2 Quickwindow case. I'm going to be honest and admit that I probably should have covered the G2 first. Well, the G2 was officially announced today, and it is the big news for the day. Now, the real big news is that this phone has no buttons on the side, seriously. Somehow, all the controls are on the back, which allows for a lot … END_OF_DOCUMENT_TOKEN_TO_BE_REPLACED 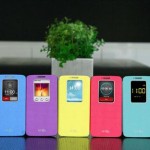 I don't know about you, I have a case with a cover that allows me to close up my Galaxy S III. I think that most of us should get something like that just to protect our valuable touchscreen, and LG is prepared for this. The big LG is announcing a QuickWindow Case for their new phone the LG G2. The case essentially has a hole in the case that is a window for the LG G2 in … END_OF_DOCUMENT_TOKEN_TO_BE_REPLACED

Today is the day that Samsung is unveiling the Samsung Galaxy S IV, and I have heard a rumor about it that I am just going to assume is true. I'll probably know in a few hours, but LG is also planning on having this feature on the Optimus G Pro. The feature in question is eye-tracking, and LG beat Samsung to the punch, a day early. I had heard that Samsung's eye-tracking … END_OF_DOCUMENT_TOKEN_TO_BE_REPLACED