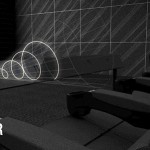 When Avatar first hit the theaters in 2009, it was a terrific way that 3D got people back into the movie houses. People actually saw that film several times, and I can't remember when that has ever happened. There were a lot of 3D imitations after that, but the fad (which has happened several times in several eras) has passed, honestly. The only thing left to do after 3D … END_OF_DOCUMENT_TOKEN_TO_BE_REPLACED