death of the smartphone 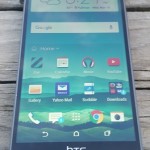 Okay, I decided to write about this because it is not an issue that is affecting us now, but it will. I mean, my Source shows that there will be eight billion connected devices such as smartphones, tablets, smart glasses, and other wearables. So, why have a headline that says "are smartphones dead?" I mean, that's like saying that televisions are on their way out, … END_OF_DOCUMENT_TOKEN_TO_BE_REPLACED