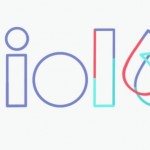 In case you haven't been paying attention this week, it would appear that Google had been having a big developers conference this week known as Google I/O. There was a lot of announcements going down, and this is just a few of them. For example, there was a preview of the Android N, the latest version of the operating system. This currently does not have a name of a … END_OF_DOCUMENT_TOKEN_TO_BE_REPLACED