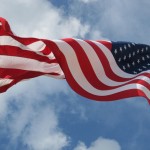 People are mourning, speculating this morning, as late night news broke over a mass shooting at a Country music concert last night in Las Vegas, Nevada. The current count is 58 dead, 515 injured. This latest terrorist attack adds to the heartbreak our nation faces as more and more people die every day. The facts are that the shooter was a sixty-four year old, Caucasian male. … END_OF_DOCUMENT_TOKEN_TO_BE_REPLACED