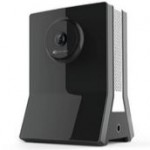 Last night at CES Unveiled, I began to notice trends. One of them was toward wearable technology, which I saw a lot of for last year’s CES. I also noticed that there was a lot of emphasis on a “Connected Home”, which I have also seen at CES in the past. Then I noticed something interesting: cameras that can film in 360. I suppose it was really just an offshoot of the … END_OF_DOCUMENT_TOKEN_TO_BE_REPLACED