Okay, I'm going to make a disclaimer. Generally, I do my postings a day early so they can post early the next day. Unless there is some sort of "big story" breaking, like the recent unveiling of the iPhone 6. I guess I got ahead of myself with my report on the iPhone 6 bending. As it turns out, this is a problem that has only affected 9 phones, according to my Source. … END_OF_DOCUMENT_TOKEN_TO_BE_REPLACED 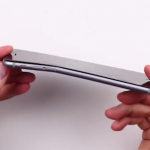 A few years ago, when the iPhone 4 came out, there was that design flaw that would power the phone down when you put your finger on a certain point on its side. It would appear that there is a new Applegate. I'm not certain if you have already heard about this, but the iPhone 6 is having a problem staying straight. Have you ever kept your phone in your front pocket? … END_OF_DOCUMENT_TOKEN_TO_BE_REPLACED 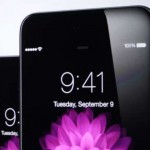 We all knew that Apple was going to announce something big today on September 9th, and we thought it was going to be the new iPhone and the iWatch. So what did they announce? It started off with Apple saying they had lots of products (plural) to report, and while they had a new smartphone and smartwatch, it was not quite what expected. Apple began with the new version of … END_OF_DOCUMENT_TOKEN_TO_BE_REPLACED