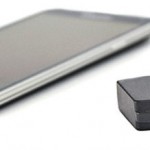 Man, you know I love reporting on crowdfunded projects, and they often come up with some tech that really should be out right now, but just isn't. The Juicer is one of those products. All it is a double ended microUSB cable and you plug one end into one smartphone and then plug one end into the other. One gets juiced, and the other presumably gets drained. Apparently … END_OF_DOCUMENT_TOKEN_TO_BE_REPLACED