I've had an awesome day at PAX Prime, and one of the best part of it seeing all the cosplayers. There are just some that I was able to take pictures of, and I saw want to have more pictures by tomorrow. I thought this was Poison Ivy, the Batman villain. Was I wrong! This is the fairy from the The Legend of Zelda: The Ocarina of Time. It's Amethyst from … END_OF_DOCUMENT_TOKEN_TO_BE_REPLACED 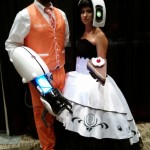 Last week, I reported that I was headed to the Penny Arcade Expo. If you have never been to a gaming convention, comic convention or any other type of con, you know that there there are a lot of cosplay going on. I have to say that the best part of the convention was when I just walked around and just took pictures of the cosplayers. After the jump, you are going to see … END_OF_DOCUMENT_TOKEN_TO_BE_REPLACED 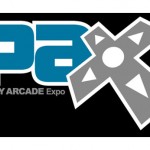 Should I say anything more? Well, for those who don't know, PAX Prime is a big Gamers convention in Seattle. There are more of them, like PAX East, PAX South, PAX Aus, and PAX Dev, all at different locations, but I don't really know much about the last one. Unlike some gaming conventions, this one is not made for the gaming industry. PAX began in Seattle, and it was … END_OF_DOCUMENT_TOKEN_TO_BE_REPLACED