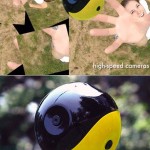 This is going to be another time where I'm going to talk about how 360 Degree cameras are just going to take over, and how we are all going to need some Oculus Rifts to view it all. This is a pretty fascinating thing called the Squito, and it isn't a toy ball but a panormaic camera that you can just toss around. There are three separate cameras, which involves video and … END_OF_DOCUMENT_TOKEN_TO_BE_REPLACED

This is an interesting invention from Steve Hollinger called the Squito (it rhymes with mosquito). The Squito has a series of built-in cameras that look out in all directions and can somehow take photos of people while it is thrown up in the air. You can see in the video how four images are somehow mixed together with panoramic power. Not only can you take terrific … END_OF_DOCUMENT_TOKEN_TO_BE_REPLACED