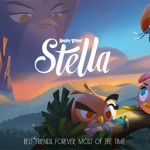 Now that the fad of Flappy Bird is pretty much ended, I guess Rovio felt a need to announce another Angry Birds game. This one is known as simply Stella, like the one in A Streetcar Named Desire. Very little is known about this game, but I don't think it will emphasize slingshots and knocking down stuff. This one appears to be about inspiration, empowerment, as well as … END_OF_DOCUMENT_TOKEN_TO_BE_REPLACED 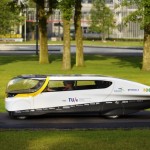 I think we are seeing a gradual turning away from gas-powered cars, but it may take years before we end our addiction to "Big Oil". I have seen enough hybrid and electric cars to prove that one. A group of students in the Netherlands have come up with another Eco-efficient solution, solar power. This isn't just some solar-powered vehicle made for one person, but this is … END_OF_DOCUMENT_TOKEN_TO_BE_REPLACED