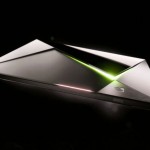 Okay, I don't know how this happened, but it appears that two companies have unveiled two major consoles at the same time. Or at least we have information on both of them. I'll start with NVIDIA. You might know them because they have created the graphics behind some of your favorite games. They once released a gaming handheld known as the NVIDIA Shield, and then an … END_OF_DOCUMENT_TOKEN_TO_BE_REPLACED