So, while I was at CES 2023, I happened to meet a company known as Torras, and they were generous enough to give me four cases for me to review. There was also a charging cord, but you can check out the video if you want to see more on that. For now, I want to concentrate on the four cases I was given. 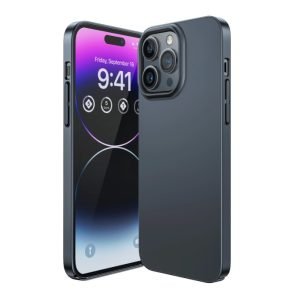 All right, I’m just going to say that I’m pretty certain it is called OriginFit Slim Case because it is 0.03 inch thick, or thin.

Seriously, it is one of the thinnest cases that I have ever seen, and I’ve been reviewing consumer electronics for quite a long time. I can’t help but feel that these people at Torras might be more slightly ahead of their time than…Panasonic, for example. (I say that because this was Panasonic’s slogan for quite a while.)

So, I’m just going to call this OriginFit Slim Case a good deal. You can purchase it on the Torras site for $26.99. 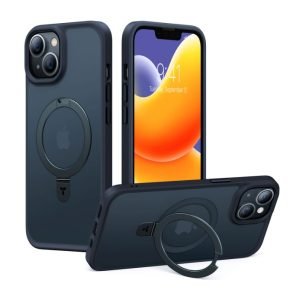 This particular case, the UPRO OStand, is probably named because of the obviously great feature of turning the MagSafe ring into something that works as a stand or a handle.

Personally, I think this use of the MagSafe function is one of the most ingenious features that I have ever seen. Maybe its just because I wish I had thought of it. It is good, and can adjust from 40 to 120 degrees.

In addition to this grand feature, the UPRO OStand is also very durable, prepared for military drop protection. If you want to get in on it, head on over to the Torras site for $52.99. 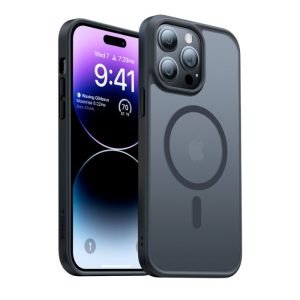 So, I’m not really certain what to say about the Guardian Magnetic case, other than it has MagSafe capability and has military grade protection.

This, of course, it the hardest part about reviewing cases for smartphones. I’ve been doing it for a long time, but it usually comes down to dropping and any other features that it might have. It’s usually rare that it has anything unusual.

If you are interested in the Guardian Magnetic Case, check it out on the Torras site for about $45.99. 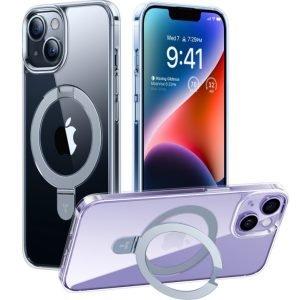 And now for the last in our cases for the day of Torras with the UPRO OStand Clear Magnetic Case.

It’s pretty clear what sets this apart. I mean, it has that usual UPRO OStand feature, but it has a clear coating. And when I say clear, it is completely transparent.