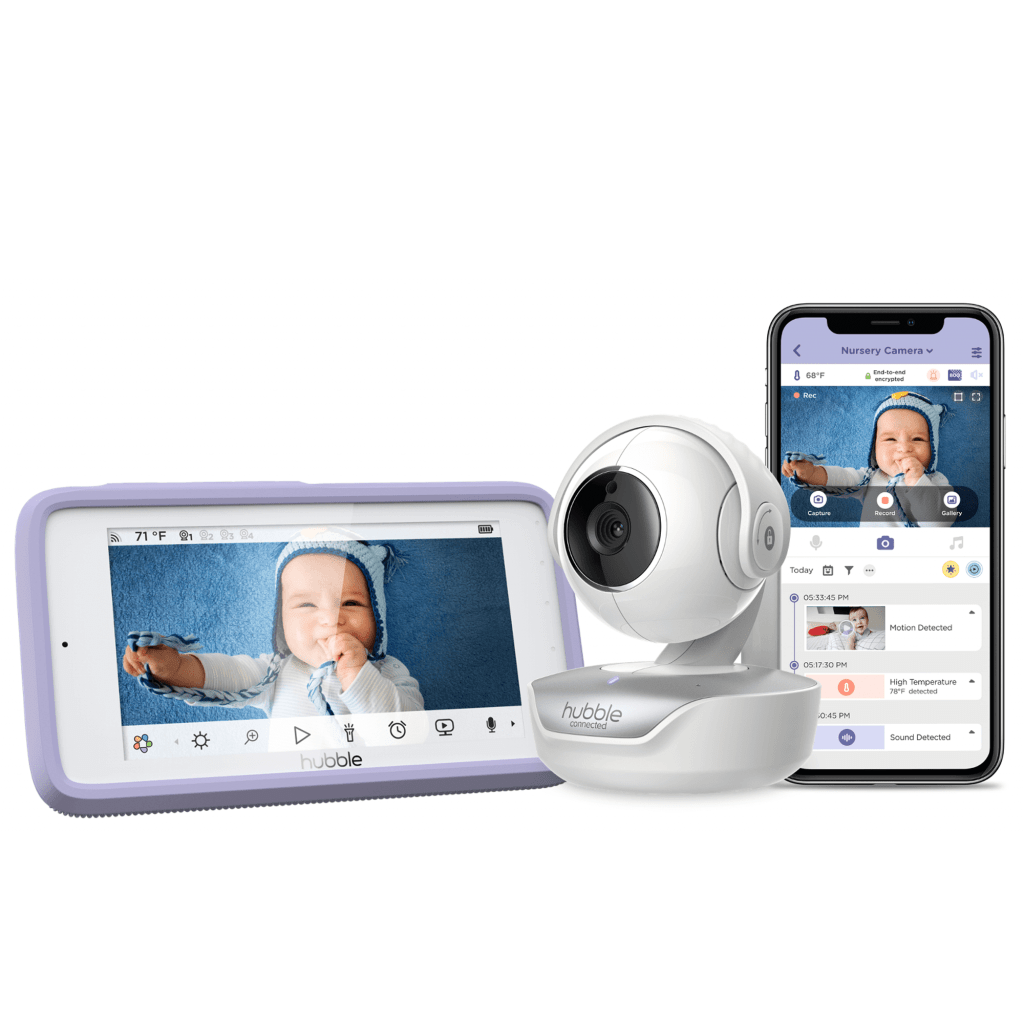 This review might be better if you just skip to the video below, as I will give the Nursery Pal Premium points for being able to easily work as soon as it is out of the box. You can see that it comes in two parts: the camera and the 5-inch tablet. When you plug them both in, they are in sync with each other. It’s that simple.

What is really interesting is how you can pan the camera by swiping your finger across the screen of the tablet. Again, this worked very well without having to turn on this feature.

The tablet itself is made for little hands, which is rubbery padded and allows for some interesting apps on it. There’s some cute stories with Hubble the bear, which is apparently the mascot of this Hubble Connected company.

As for the camera, it has a cool night vision feature. Because you want to be able to see want to see what your kid is doing in the dark. Oh, there is also an app you can use with it.