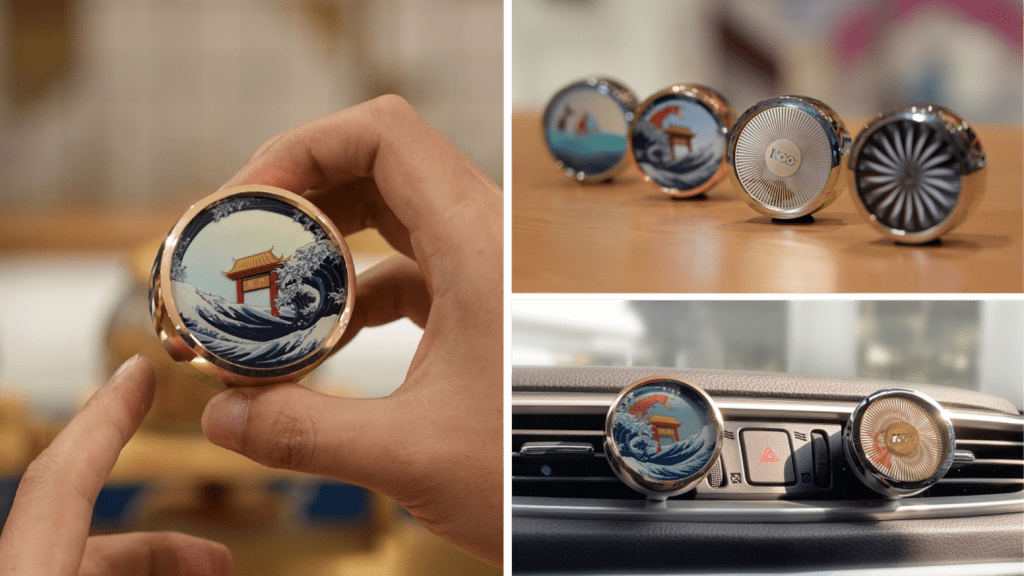 I have to admit that I didn’t know what to expect from a product known as Fidget Moire, but if you think it is a fidget spinner, that isn’t even the half of it. Just to let you know this isn’t the “Fidget More”, but “Fidget Moire” as the word “Moire” refers to “silk fabric that has been subjected to heat and pressure rollers after weaving to give it a rippled appearance”. I am assuming that this Moire is some kind of reference to these wind-powered mechanical sculptures.

I’ll get right to the point in what this does. I find that when the Fidget Moire has this odd design that gets animated whenever wind is given to it. So if it is attached to a car’s air vent or the front of a fan, there is an animation that will begin. It’s quite something, and I hope the video below will show how great it is. This is barrier-grid animation, by moving a striped transparent overlay on an interlaced image.

I first saw this animation when I was behind the wheel, and I have to admit that I had to concentrate to keep my eyes on the road at first. When I was stopped a light, I could take my time and admire it. Once I had pulled over and looked at it closer, I found that I could play with the Fidget Moire like a fidget spinner.

In addition to these features, it is possible to put a scent in the Fidget Moire so you can fill your space with fresh scents. So, this is quite a diverse product, and it is still a Kickstarter product. It has all of its backing and more, so you should be able to get it very soon if I did.