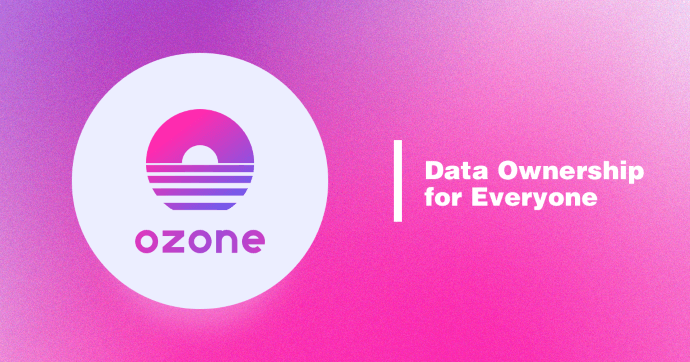 What is Ozone AI?

So what is Ozone? It’s a layer that absorbs most of the ultraviolet radiation from the sun, and it has a hole in it. Okay, we’re obviously talking about Ozone AI, but Ozone AI is a layer on top of the Internet that promises cash and rewards just for being an internet user. The idea is that “you get paid for releasing your Ozone data into the internet economy”. This is why Ozone AI has the tagline of “Data Ownership for Everyone”, and I will talk further about what that means.

Apparently, Ozone is a group of former insiders in Silicon Valley who didn’t like how the tech giants were essentially stealing our time and data. Ozone was founded with the idea of paying the consumer back, giving “users what they deserve”.

What is it like to be an Ozone AI User?

I’m going to spend the next section talking about my experience at Ozone AI. I’m sure that you know that every time you even try to use anything on a computer or your smartphone, you’re going to need to create a username or password. Like me, you probably have a notebook or something that holds all of your passwords to all the user accounts on many websites.

From the moment you set up an account on Ozone AI, you will be asked to put in a lot of information, for money. You can see the information that I had to enter in to get started, and why I had to block it out. I think I earned about a $1.50 just for doing that, and it did not take very long. 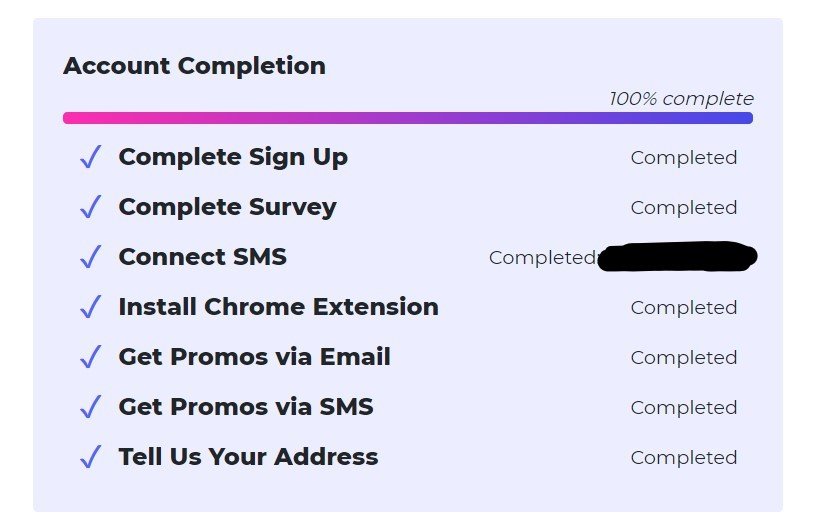 So, as soon as I did the setup, I was able to start making money. I then saw all of these surveys that I could do for twenty-five cents. Now, there isn’t a lot that I will do for a quarter, but I saw that the surveys were 5-7 questions each, and I thought: “Surely I can justify my time for this”.

Can You Make Good Money from Ozone AI?

Let’s be honest: Our time is our money. If someone wants me to do something for them, I usually want to be paid for this if it inconveniences me in some way. Granted, I will help someone who needs help out of a sense of charity, but what Ozone AI asks me to do is give information about me that I would gladly share for free.

The issue is a limit that has to be made before I can get actual cash from Ozone. I would have to make $20 just to cash in, but the issue is that with the payments that I received from my initial sign-up plus a few what I will call quarter-quizzes, I only had about a balance of $4.00.

Ozone AI did not have more quizzes for me to fill out if I wanted to make more money, which I did. If I wanted to make more money, then I have to get more subscribers on Ozone. Oh no, is this one of these things where you got to get people in order to get money? Like a pyramid scheme? I would say no, because a pyramid scheme involves subscribers getting subscribers in order to multiply wealth exponentially. Here, if I got another subscriber, then I get a one-time only fee, which would be the same for any other subscriber.

Now I suppose if I had 16 friends, who would not mind taking a few minutes to do what I did, then I would easily have twenty dollars transferred to my account by whatever means that Ozone does this. I noticed on the menu bar up top, you can hit a button that says “Games”, and, at this writing, there are no games to play, but apparently, I can eventually play games and win prizes.

I honestly don’t know if I can get some good cash on Ozone, but honestly, if there was a simple way to make enough money to live by just sitting at a computer, wouldn’t we all just be doing that by now? According to Ozone’s FAQ page, their intent is that each user earn $1,000 a year. So yeah, that isn’t enough to live on, but as a side-side-hustle, this could be something for you.

I should also mention that Ozone AI offers deals on certain products. I didn’t really check to see if they were deals offered on services like Honey.com, but the deals looked legit.

I should touch on the issue of privacy. You can see during your initial setup that you are required to give a lot of information like email, phone number, and address. So far, I haven’t really received any more junk mail or spam, at least no more than I could see.

Now, Ozone AI states that they use the same high level of encryption as banks and e-commerce sites. Considering the amount of times that you’ve sent your credit card number to certain websites in your lifetime, its probably okay. In fact, Ozone has stated that “data is stored in an encrypted, password protected, and firewalled environment following industry-standard security practices”.

I’m going to assume that Ozone AI is “safe”. As you have seen, this is a sponsored post, and it was sent to me by someone that I trust and has a good reputation. I don’t think this person would have asked me to write this article if the company was seedy or of questionable nature.

It is always difficult to see what will become the next eBay or other great money-making side-hustle on the Internet. Perhaps Ozone AI will be that, and I am planning on keeping my account active and seeing what in the world is in store for this budding company. If I could make over a thousand a year on this, then I suppose I will have to answer for it on my taxes the following year, but I would be willing to do that if it meant a big amount of money for a small amount of my time.