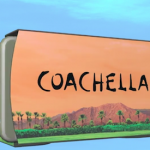 For those that aren't aware of an event known as Coachella, it is an annual music festival that brings together performances by some big names as well as some relatively new artists. It runs from April 15-17 and 22-24, and the welcome box has a VR headset. Clearly, this is something new, and it has an application to go with it for pictures and interviews from last year's … END_OF_DOCUMENT_TOKEN_TO_BE_REPLACED