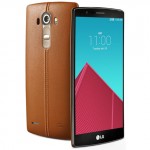 For those that have wanted to have at least a peek of the new flagship phone from LG might not have to wait much longer. A well-known leaker named Evan Blass has discovered the new LG G4, the sequel to the LG G3. A site that Blass linked to has been since taken down, which means that the site could be fake or accidentally (or maybe intentionally) leaked by LG. … END_OF_DOCUMENT_TOKEN_TO_BE_REPLACED