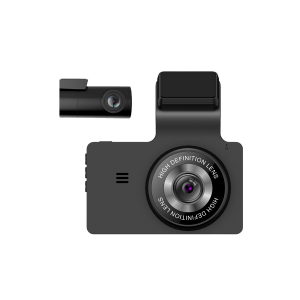 This isn’t the first time that we have discussed the myGEKO Gear Dashcams, and I was pleased to try out the Orbit 956, which is good for recording in the front in 4K and the rear in 1080p.

So, here’s the deal with product: not only can you record some footage from the front and back of your car, but you can view, download, and share the footage from the dash cam using the Wi-Fi connection. Not only that, the myGEKO Gear Orbit 956 has GPS logging and can track speed and location. This way, if you have an incident to report, you have it on video so you can use it in court. The best part is that the camera can support 128 GB worth of video footage, and it has a 32 GB MicroSD card included.

That’s all well and good, but I believe that the proof is indeed in the pudding. So I have a video of me driving around with actual footage taken from the myGEKO Gear Orbit 956.

Now, this is one of those dashcams that you have to mount on the front, then plug it into the cigarette lighter/charging port. Then you mount that rear camera in the back, and have to feed the wire to the front camera. So that installation isn’t too lengthy, and it is great to have a product like this.

If you want to know more, check out our video below. If that is enough to make you purchase the product, then head on over to the myGEKO Gear website and pay $199.99 for it.