I’ve been reviewing Wacom products for over a decade, and the last one was the Intuos tablet. Now I am about to review one of their more advanced products with the Wacom One.

A decade ago, when I was writing about Wacom, they were making some really cool tablets that were not like the iPad. They were these black squares that would come with these pens, which were perfect for interaction on art programs and such. Yes, you can see the pen near the tablet, but not the transitional pen and paper.

From there, you need to download the drivers, and you can also get this bonus software pack included. Now, I mention in the video that I had issues with the download, but I have to say that I couldn’t get the Wacom One to work without the downloading. From there, I was able to get the Wacom One to work as a second mirrored screen on my computer that was compatible with the pen.

The screen is a 13.3-inch job (with 1920 x 1080 resolution) that is perfect for drawing. I used it recently to create a birthday card from my daughter based on her graduation photo. You can see it here: 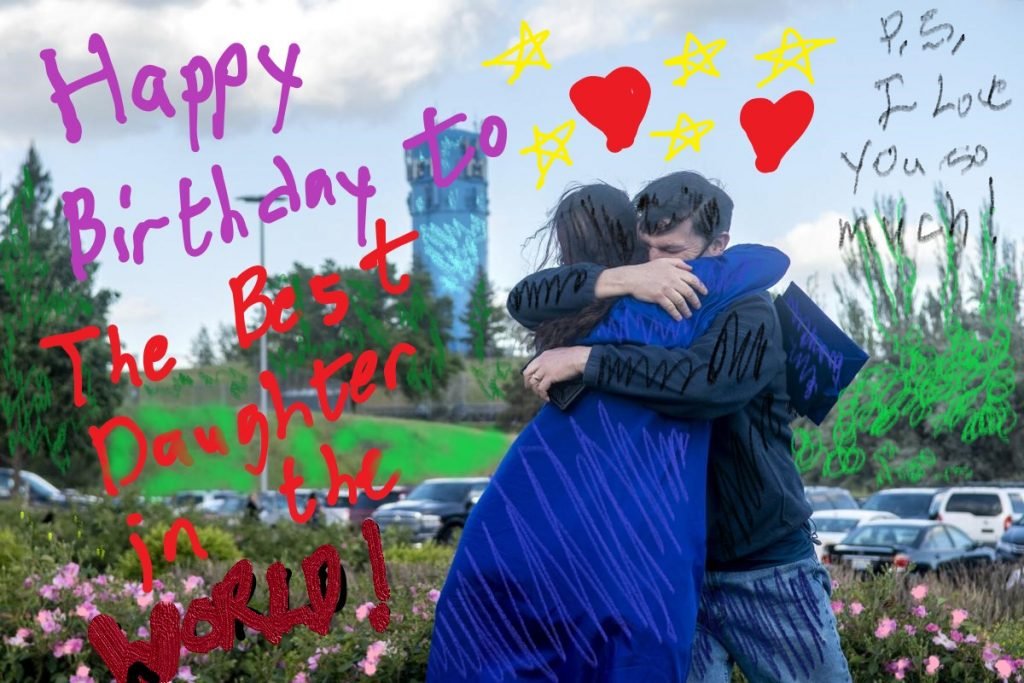 You might be able to tell that I don’t have a lot of experience in drawing on a computer, but in my defense, it didn’t take very long. It is interesting that the pen on the tablet does not have any battery in it. There is a button, but it only exists to turn the function of the pen off. Fortunately, the Wacom One has these cool fold-out legs that can puts the tablet at 19 degrees, perfect for drawing.

It really is something to behold, and I recommend it to anyone who wants to use their computer as a drawing canvass. It can be purchased on the Wacom site for about $399.95.