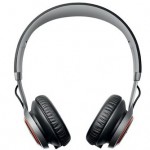 Of course, I like reviewing Bluetooth headsets as much as I like reviewing Jabra products, and this time, I got to do both. I'll start with the sound. The Revo Wireless has Dolby Digital Plus as well as the Sound App that I wrote about when I reviewed the Vox Earbuds. According to the main website, it "provides rich, full-spectrum sound that brings your device to life … END_OF_DOCUMENT_TOKEN_TO_BE_REPLACED 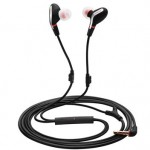 I always like Jabra's products, and this company is usually known for its Bluetooth headsets. The Jabra Vox is a pair of wired earbuds, which might seem rather pedestrian and ordinary, but it is not. The Jabra Vox has, on its box, a subtitle of "Massive Sound". I generally don't try to blow my ears off with earbuds, but the company has worked with Dolby to bring some … END_OF_DOCUMENT_TOKEN_TO_BE_REPLACED