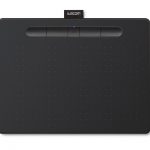 It's actually been a couple of years since we've had the chance to review any Wacom products. We got the opportunity to review the Wacom Intuos recently, and with a budding artist in our house, we jumped at that chance. This Intuos tablet from Wacom comes in two different sizes- small and medium, and has an option to buy with Bluetooth or without. We happened to receive the … END_OF_DOCUMENT_TOKEN_TO_BE_REPLACED 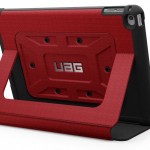 Okay, today we are back with Under Armor Gear (UAG) once again, and this time we are reviewing two products: The Magma for the iPad Air 2 and the Cobalt for the Surface Pro 4. We'll start with the Apple product with a feather-light construction, as well as a soft core. Unlike the hard plastic case that I reviewed in Part 1, this one feels soft all over. It is soft … END_OF_DOCUMENT_TOKEN_TO_BE_REPLACED 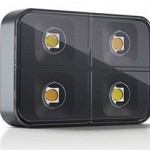 It seems hard to believe that we just reviewed the iblazr a few months ago, and we first wrote about it a few years ago on iblazr back when it was a Kickstarter project. And now we got a chance to review the iblazr 2. The purpose of this device, in case you don't know, is to be an external light source for mobile devices. The iblazr 2 doesn't have that port can plug into … END_OF_DOCUMENT_TOKEN_TO_BE_REPLACED 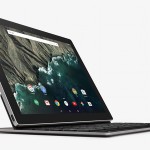 I'm sure you already know about the big announcement that Google made concerning some new devices, the Nexus 5X and Nexus 6P, not to mention the new Chromecast and Chromecast Audio. However, something really funny happened at the end of the presentation as Google decided to just show off the Pixel C. Let me put it this way: I was writing about the Google event, via a live … END_OF_DOCUMENT_TOKEN_TO_BE_REPLACED 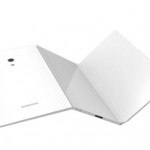 It seems like big companies like Samsung always have some stuff going on, and it is difficult to keep track of the innovation. Some probably doesn't see the light of day, such as this foldable tablet. Apparently, this technology has been around since November 2013, but the Korean Intellectual Property Office has just published it just recently. This is Patent No. … END_OF_DOCUMENT_TOKEN_TO_BE_REPLACED 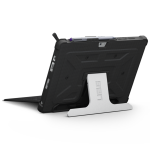 I have been wanting to review Urban Armor Gear (UAG) for a long time, and I finally had a chance to try out a few products. I'll start with the Scout for the Surface 3. The Scout is made to be a back cover for Microsoft's tablet with a keyboard, and it is completely compatible with Microsoft's Type Cover Keyboard and multiple keyboard positions. On the back is an … END_OF_DOCUMENT_TOKEN_TO_BE_REPLACED 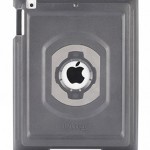 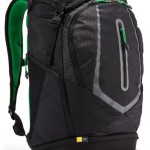 I know I usually say that it has been a while since I reviewed some product, and I honestly can't say if I reviewed a Case Logic product, ever. This is a real shame, and today I'll be reviewing two cases from Case Logic. The first is Griffith Park Deluxe Backpack, named after that park in Santa Monica. It is made for Apple products, like a 15-inch MacBook Laptop as well … END_OF_DOCUMENT_TOKEN_TO_BE_REPLACED 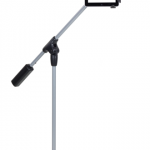 We really live in an age where we use tablet computers a lot, and we it seems like we aren't prepared for it. It is like living in a world with televisions, but we just never got around to inventing the home entertainment center. The Universal SwingHolder Floor Stand by Stand For Stuff is made to keep your tablet in place while you just sit there. Seriously, don't most … END_OF_DOCUMENT_TOKEN_TO_BE_REPLACED 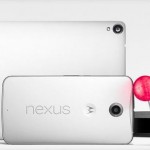 Some of you might have realized that I am a little late in my posting today, but this was because I knew Google was going to make a big announcement today. In fact, it is four different announcements while I will detail in four separate sections. The first is the Nexus 6, a smartphone that has a 6-inch screen, the biggest smartphone to date. It's made by Motorola, with a … END_OF_DOCUMENT_TOKEN_TO_BE_REPLACED 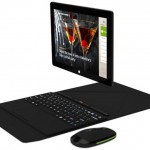 In 2010, the Notion Ink Adam entered the market along with several other Android tablets. It was by no means a success, and the Adam II was sadly met with the same fate. Now the company is introducing a new Windows tablet with the Notion Ink Cain. Yes, I suppose it is interesting that its sequel is called the Cain. Personally, it should probably be called the Able, … END_OF_DOCUMENT_TOKEN_TO_BE_REPLACED 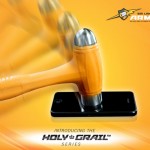 I honestly don't know how I could avoid writing a headline like that. The term "Holy Grail" really gets overused, but it is the perfect name for any product from a company known as Sir Lancelot's Armor. I'm sure that most of you have a screen protector on your smartphone, but if you don't, you should look into the Holy Grail. According to their website, this is one of … END_OF_DOCUMENT_TOKEN_TO_BE_REPLACED 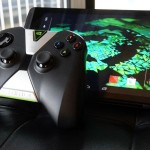 You might remember when we first reported on the Nvidia Shield, and it looks like it has been given an upgrade. The Shield is a tablet-like device that is specifically designed for gaming, and this one is larger at 8 inches. It also runs KitKat (Android 4.4), has a Micro SD expansion slot for boosting internal storage up to 128GB, and has both front and rear facing … END_OF_DOCUMENT_TOKEN_TO_BE_REPLACED 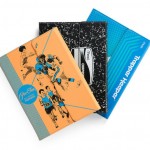 I know that most people are into summer, but school has just begun for me. I am actually tutoring some students this semester, so I can't help but think back to my own days of Trapper Keepers. Yeah, most of us can probably remember Trapper Keepers, and they were and probably still are being used in a paper-filled society. Now that we live in a tablet and smartphone … END_OF_DOCUMENT_TOKEN_TO_BE_REPLACED 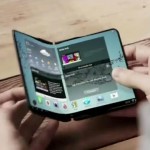 I should probably give this a subtitle of: "Next year says that 'I'll believe it when I see it'." I have heard about this foldable display technology before, and it looks like Samsung is planning to release one this next year. Sadly, this is only one of those rumors, but I just like the idea of a foldable display. The rumor is that the foldable display will have three … END_OF_DOCUMENT_TOKEN_TO_BE_REPLACED