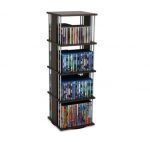 This is my first review of a product from Atlantic Inc., and I got to know them at CES 2021, which I wish I could have attended. But hey, enough of my COVID-19 wishes. I'm sure that you can probably see what the Typhoon 216 Media Spinner is: a place to hold your CDs, DVDs, Blu-Rays, or anything else that is made like that. The reason why it is called 216 is because it … END_OF_DOCUMENT_TOKEN_TO_BE_REPLACED 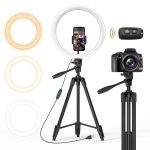 In these days of virtual meetings, Tik Tok, and other social media, everyone wants to look their best. The product we're about to review is a very useful tool that will help you be a star and shine bright. We've shown some other TONOR products to enhance your studio like this microphone, but they also make a ring light. The TONOR Selfie Ring Light sits on an adjustable … END_OF_DOCUMENT_TOKEN_TO_BE_REPLACED 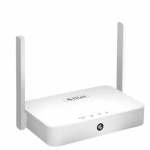 The product we're reviewing today is kind of new to us- something that we haven't had much experience with. This product was introduced to TechnoMark at CES 2020 asthe very first 4K, LAN connected display receiver on the market. Basically, it is a portable device which allows you to mirror display from your phone or other device to a big screen in 4K definition. Indeed, … END_OF_DOCUMENT_TOKEN_TO_BE_REPLACED 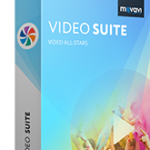 If you are anything like me, then you have subscribed to a lot of video channels which are nothing more than amateurs who know how to make video better than can. Chances are, all they do is point the camera and edit it, but the mystery of video editing may allude the beginning video user. Fortunately, the Movavi Multimedia Software has you covered. In case you haven't … END_OF_DOCUMENT_TOKEN_TO_BE_REPLACED 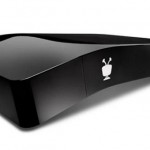 Okay, I have had a great time reviewing the TiVo Bolt, and now there is a TiVo Bolt +, or Plus. It has six tuners (the ability to record six shows at once) and three terabytes of recording capacity (up to 450 hours). Now, I don't know about the tuners part in comparison to the old version, but my Bolt only has 1 TB. Just to compare, the TiVo Bolt + has the same … END_OF_DOCUMENT_TOKEN_TO_BE_REPLACED 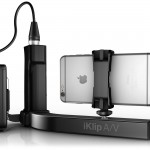 Well, we have talked about iKlip A/V before, upon its initial release. I mentioned in that article how easy it is for anyone to create some high-quality video now, and the iKlip A/V is made for those who want to have their own video channel and take it on the road. As you can see from the picture here, this newscaster is being shot on video with a smartphone. It is one … END_OF_DOCUMENT_TOKEN_TO_BE_REPLACED 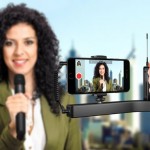 This next product reminds me of the Steadicam Smoothee from Tiffen, and IK Multimedia has a product known as the iKlip A/V which helps you do the same thing. In case you need a reminder, click on the link. But if you are too lazy to click and read, here's the thing. It is a way of taking a smartphone and turning it into a steadicam. Why? Because you need one for your … END_OF_DOCUMENT_TOKEN_TO_BE_REPLACED

By now, you've probably seen this video from Candace Payne, and it has made her a star overnight. I won't bother describing it, but it involves a woman who made a purchases a Chewbacca mask and tries it on behind the wheel. This woman isn't trying to advertise the product, but it is probably the best advertisement for this toy ever. What makes this work is how she is … END_OF_DOCUMENT_TOKEN_TO_BE_REPLACED 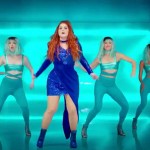 I'm sure that you have all heard of Meghan Trainor, who has done hits like "All About That Bass" and "Lips Are Moving", and she is often characterized as being plus-sized. Yeah, this is just not a nice thing to say about anyone, because most see it as a nice way of saying "overweight". She recently released a video of her new single "Me Too", which is a new single from … END_OF_DOCUMENT_TOKEN_TO_BE_REPLACED 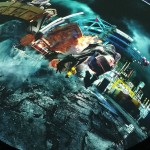 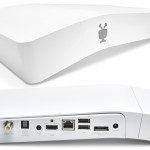 So, I am going to have to admit that I would like to think that I have the latest in technology, but I didn't have a TiVo until a few days ago. In fact, I was pleased that I could try out the TiVo Bolt. If you aren't familiar with TiVo, then where have you been? I guess the same place where I have been, but at least I know what a TiVo is. In the case of the Bolt, it is … END_OF_DOCUMENT_TOKEN_TO_BE_REPLACED 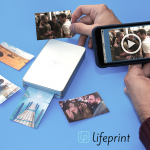 I realize that it is difficult to say that anything is big deal, and I really should have reported on this when I saw it at CES 2016. Yes, I did say that the future is "mesh", as if to substitute the last word from "meh", but honestly, the Lifeprint is very good. I can't remember what after-party that I saw this at CES, but some man just came up to me with a photo and … END_OF_DOCUMENT_TOKEN_TO_BE_REPLACED 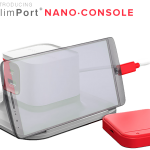 Generally, I don't really review products that apparently still on Indiegogo, but I have to admit that this product, which I picked up at CES 2016, is so very decent. I might be understating this, as the SlimPort Nano Console is a very good product that can do a lot of things. Basically, the SlimPort Nano Console is a cube shaped device that connects to an HDMI display. … END_OF_DOCUMENT_TOKEN_TO_BE_REPLACED 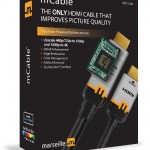 I have to admit that I don't review a lot of video cables here on this blog, but I have to say that I am very impressed by this mCable from Marseille. I'm going to get this out of the way and say that I saw this product at CES, and I was very impressed by the presenter. Seriously, someone needs to give that guy a raise, because he was so exuberant about his product that … END_OF_DOCUMENT_TOKEN_TO_BE_REPLACED 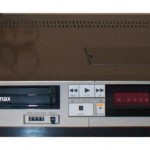 I mentioned in my article about the BlackBerry Priv that I am often surprised that certain tech companies still exists. Today, the Internet was all abuzz that Betamax is now dead. Seriously? I mean, I barely remember Betamax from the early eighties, as an alternative to VHS. This was back when VCRs were beginning to be in everyone's house, and this was essentially a … END_OF_DOCUMENT_TOKEN_TO_BE_REPLACED