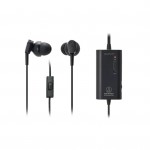 In addition to the turntable that I got a chance to try out this week, I also had a chance to try out the ATH-ANC33iS QuietPoint Active Noise-Cancelling Headphones from Audio-Technica. I have tried out a lot of Audio-Technica products before, and this one is as good as the others that I have reviewed. The ATH-ANC33iS can reduce distracting background noise by up to 90 … END_OF_DOCUMENT_TOKEN_TO_BE_REPLACED 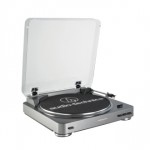 I'll be honest when I say that the Audio-Technica AT-LP60-USB LP-to-digital recording system is definitely for a niche crowd. I think it is just plain odd that I got into cassettes back in the early eighties, and then when the nineties happened, I was doing CDs. I think that the rest of the world was with me on this, so those who still have vinyl albums will love the … END_OF_DOCUMENT_TOKEN_TO_BE_REPLACED 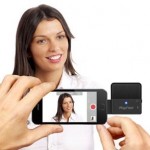 I've reviewed products form IK Multimedia products before, and they usually have something to do with sound on mobile devices. This particular iRig Mic Field, which is a pocket-sized stereo microphone for Apple products, provided it comes with that Lightning port. I've actually seen something like this before with Blue Microphones called the Mikey. It plugs right in the … END_OF_DOCUMENT_TOKEN_TO_BE_REPLACED

I have reviewed a lot of microphones in the past, like the Nessie from Blue Microphones, and I have reviewed a lot of IK Multimedia products, and they just announced an iRig Mic Studio. The iRig Mic is a portable large-diaphragm digital condenser microphone that is good for anyone who sings or like doing anything on their computer like Internet radio or video or something. … END_OF_DOCUMENT_TOKEN_TO_BE_REPLACED 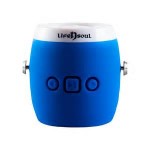 This little gadget makes a big sound! If you want a portable bluetooth speaker to listen to your device's music on the go, I think this would be a good investment! The bonus is that it is water resistant against splashing water from any angle! You can listen to your music while riding your bike in the rain! Mark was introduced to Life n Soul before with other products like … END_OF_DOCUMENT_TOKEN_TO_BE_REPLACED 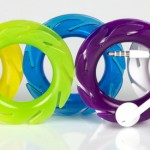 Have you ever thrown your earbuds into your backpack, only to pull them out later and find them a tangled mess? Would you like a fun, colorful solution to that problem? The Loop is a little gadget that you simply insert the jack of your headphones in, and wind the cord in the direction of the blades. They will then place nicely into the blades when fully wound. Pretty simple … END_OF_DOCUMENT_TOKEN_TO_BE_REPLACED 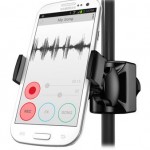 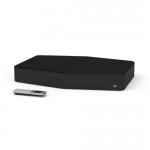 VIZIO has certainly made a name for itself in the television business, and they are at home in whatever entertainment center they are in. They have recently announced the 2.1 Sound Stand, which will allow a virtual sound experience with some good bass. I'm not certain how good the sound is, but it is made for places without too much space. It measures only 3 inches in … END_OF_DOCUMENT_TOKEN_TO_BE_REPLACED 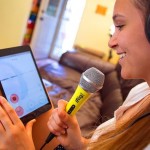 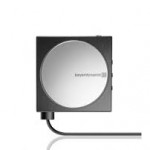 I have reviewed products from Beyerdynamic before, and they put out some very cool headphones, like the T 51 p I reviewed a while ago. According to the company, headphones like the T 51 p cannot be used to their full potential, due to digital-to-analog converter (DAC) and analog output levels of mobile audio devices rarely meet genuine hi-fi standards. This is where the A … END_OF_DOCUMENT_TOKEN_TO_BE_REPLACED 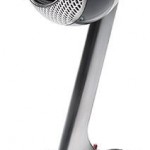 I am no stranger to products from Blue Microphones, and I first noticed the Nessie at CES. Not this year's CES, but last year's. I finally got a chance to review the "first adaptive USB mic". In case you are not aware what an adaptive mic is, think of it like you would your camera. You know how it will often auto-focus and take out the redeye? Yeah, cameras have come a … END_OF_DOCUMENT_TOKEN_TO_BE_REPLACED